I don't know why this happens. I had this several years ago. Now I'm using Windows 10 for a longer time and PSPad accidentally begins to freeze again.

Sometimes it freezes after some minutes and sometimes after several hours or after pc wake-up.

I do not have any anti-virus software installed (except of the windows defender that is part of windows 10).

I don't think I changed many things in the last weeks. The only thing I can remember of is switching between LIST and MLSD mode and raising the FTP timeout because of this problem:
forum.pspad.com

And I added some new ftp accounts as well.

Ah, and I had a wrong encoded file on my host, changed it between UTF-8 and ISO and finally I had some days later the problem that UTF-16 was selected?! But after I changed it back to UTF-8 the problem was solved.

Now I will test a little bit around. At first I deselected most of the Highlighters, so only these are left: 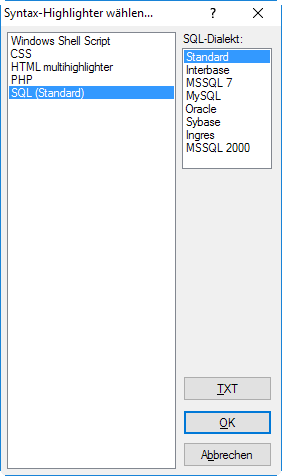 It seems to be a problem with the ftp connection. In all my tests it does not freeze as long I'm disconnected from the ftp server.

And I guess there is problem with FTP with SSL/TLS support.

Ok, I will change one account to non ssl and test further. 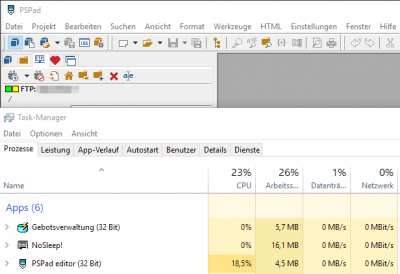 Problem with TSL and FTP is solved, wait for next build please

Ok fine. Finally I can verify that is only with TLS FTP accounts. Cause after disabling it, it never freezed again.