Some days ago appear in pspad.
Initially I suppose it was the old virus double accent, but no.

I think some years ago I have the same problem in pspad. I don' remember well.

The recent change to a different character set to read chinese and russian.

I remember the last time was complicated until this problem was solved....

Take it easy. Is necessary i will put the same ascii character set again.
I don't understando nothing
happen again after return to ascii.... 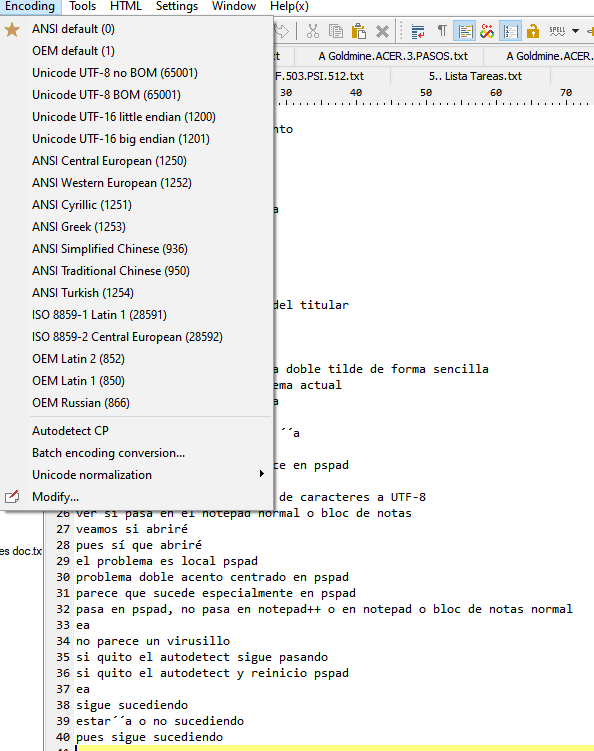 I will try simply reinitiating also.....

I think is some other software incidentally interfering with pspad.
Resident program

How can I see in windows 10 the last programs I have closed ?

I have found at least two tools

and a nirsoft program to see programs
executedprogramslist

I haven't solved my problem, but I will inform is solved.

In phe past i had problem with preinstalled PDF Factory. It prevents to write accented chars and doubled accent signs